While I have posted a couple of blogs regarding spanning-tree, the Layer 2 loop prevention mechanism that runs on Cisco switches, I wanted to post one with a few more switches and a bit more detail on the step-by-step process. Follow the steps as we proceed from a blank scenario to one in which all the switches, MAC addresses, ports, speeds, and costs are included. Seeing the process as it flows from beginning to end really helps solidify the concept. I hope it helps you! 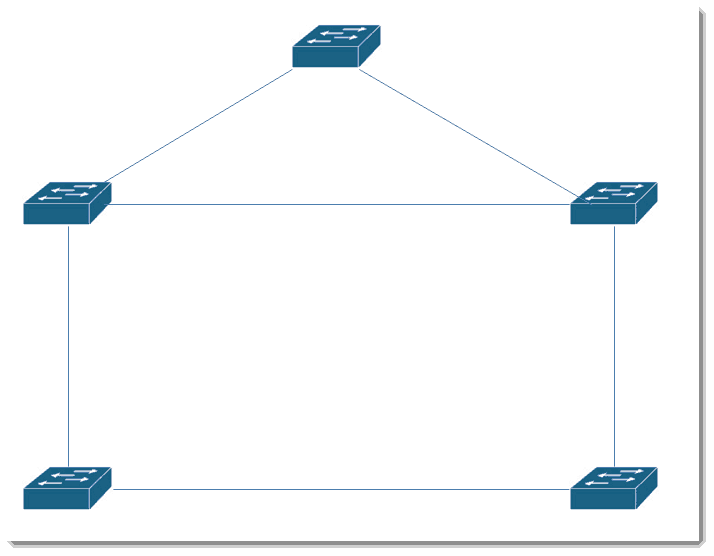 All switches have the default priority: 32768 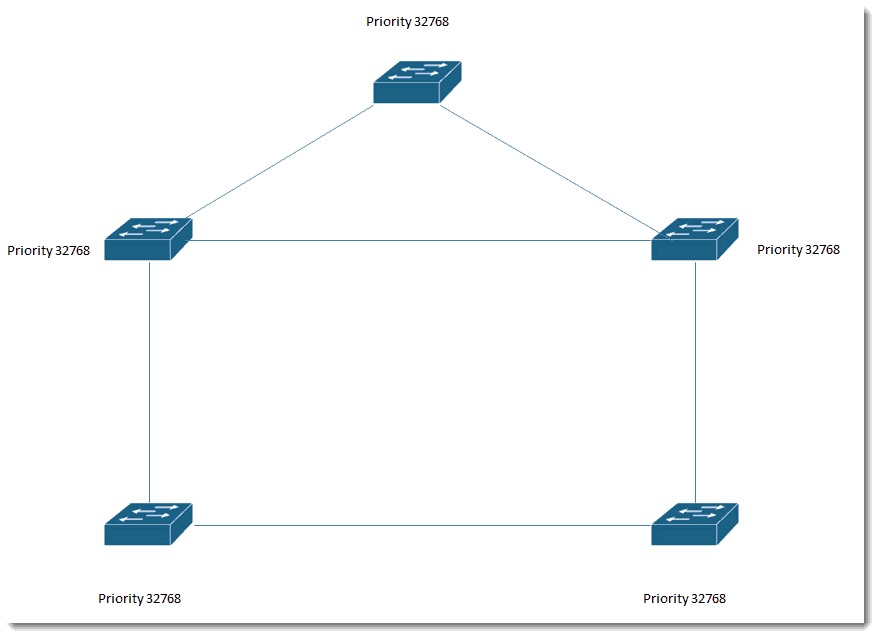 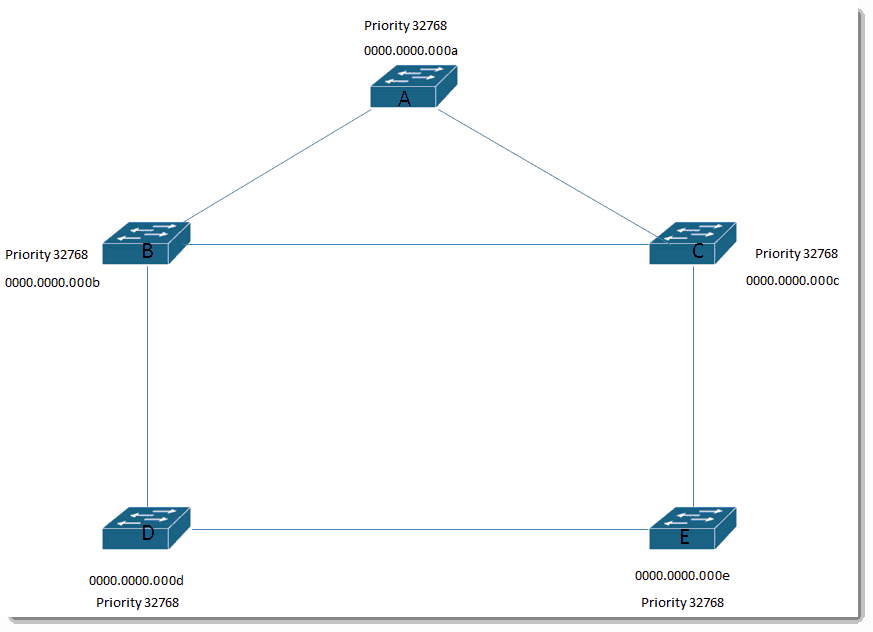 Based on the rule that Bridge ID = Priority and MAC address concatenated and lowest Bridge ID wins, Switch A becomes the root. 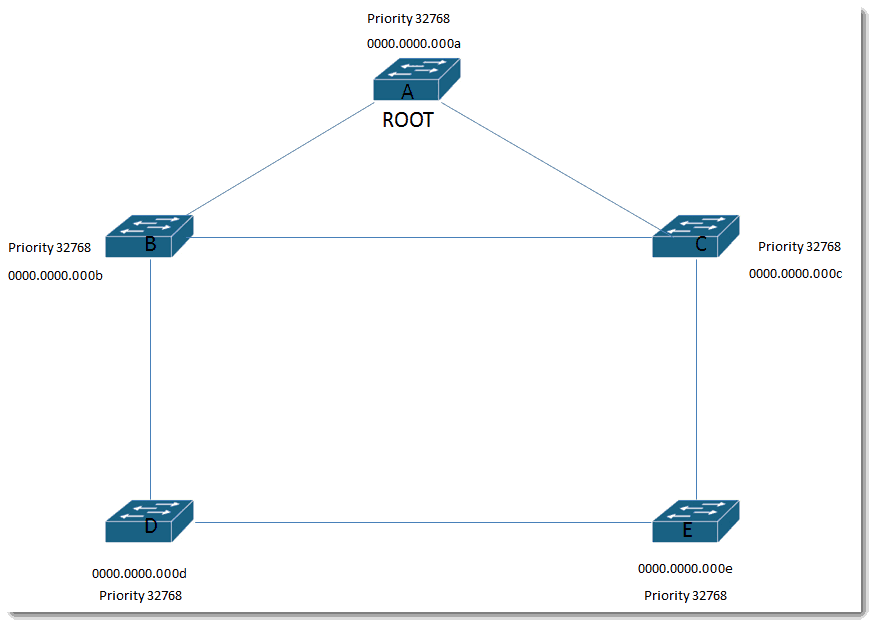 Let’s put some speeds and port identifiers on these links… 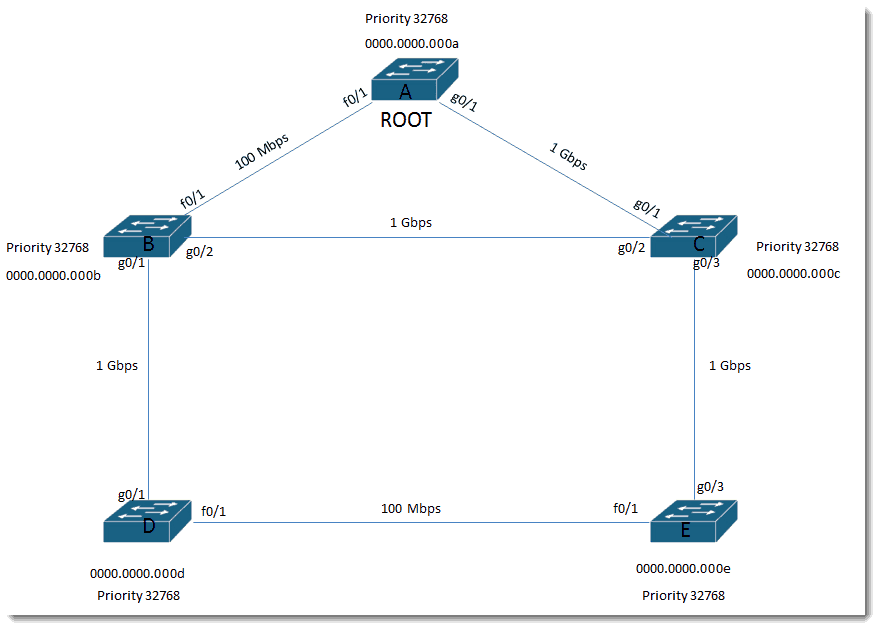 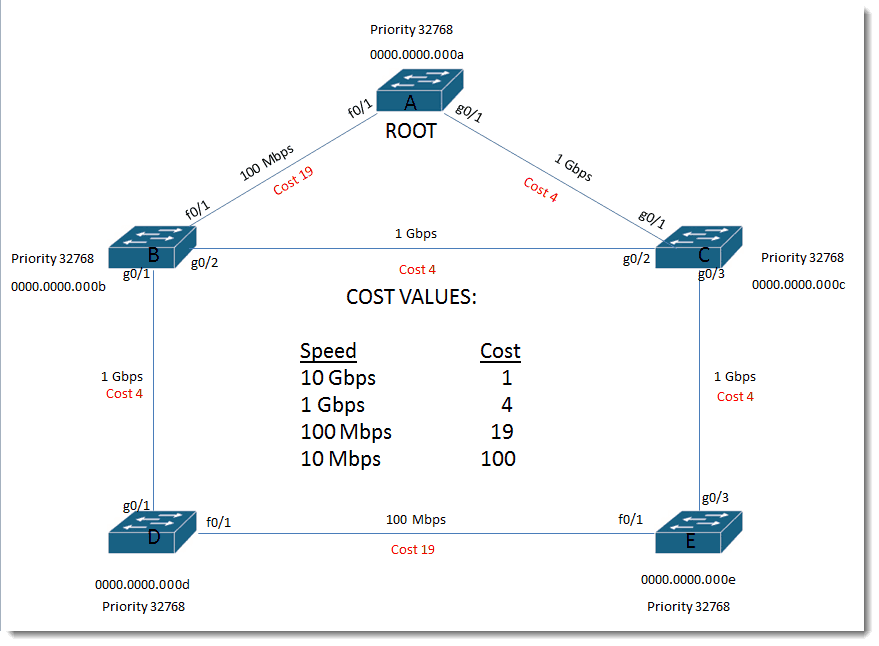 On root bridge, all ports are designated, which means they are forwarding. 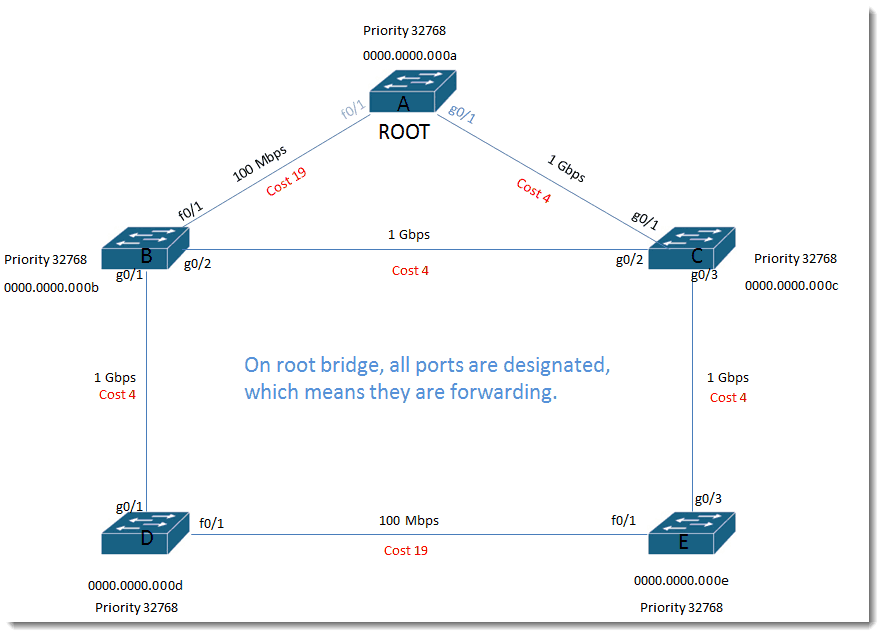 Lowest-cost path from non-root bridge to the root bridge. Ex: C-to-A has multiple paths, but lowest cost is direct link with cost of 4. So for Switch C, g0/1 is the root port. 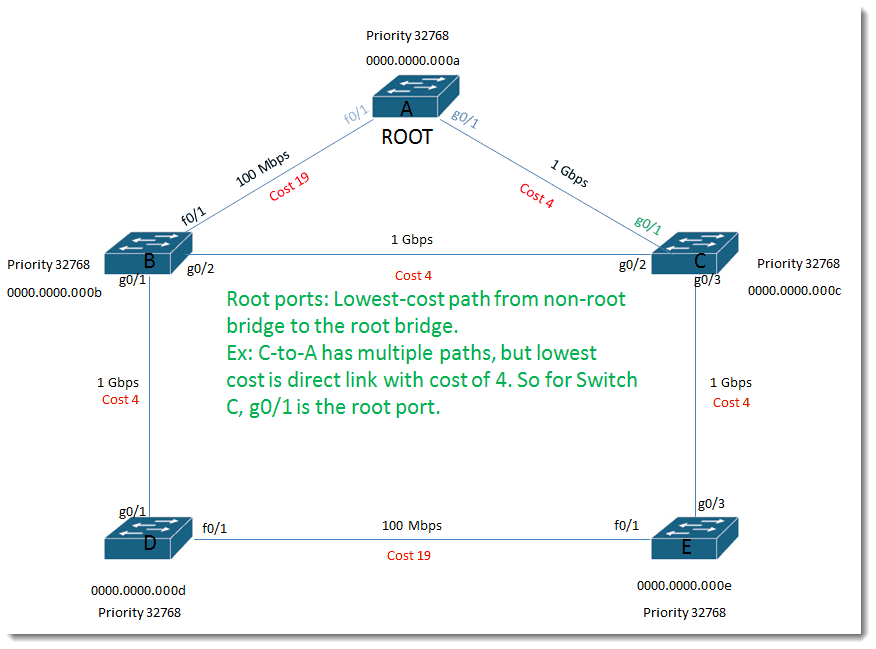 Lowest-cost path from non-root bridge to the root bridge. Switch B has multiple paths to root also. The direct link has cost 19, but the path from B-to-C-to-A has total cost 8 (4+4). So for Switch B, root port is g0/2. 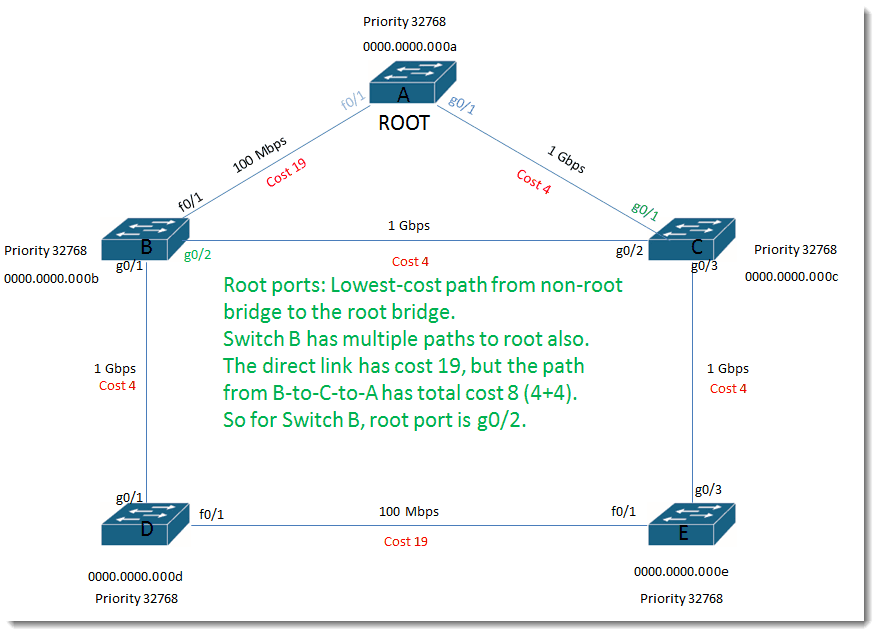 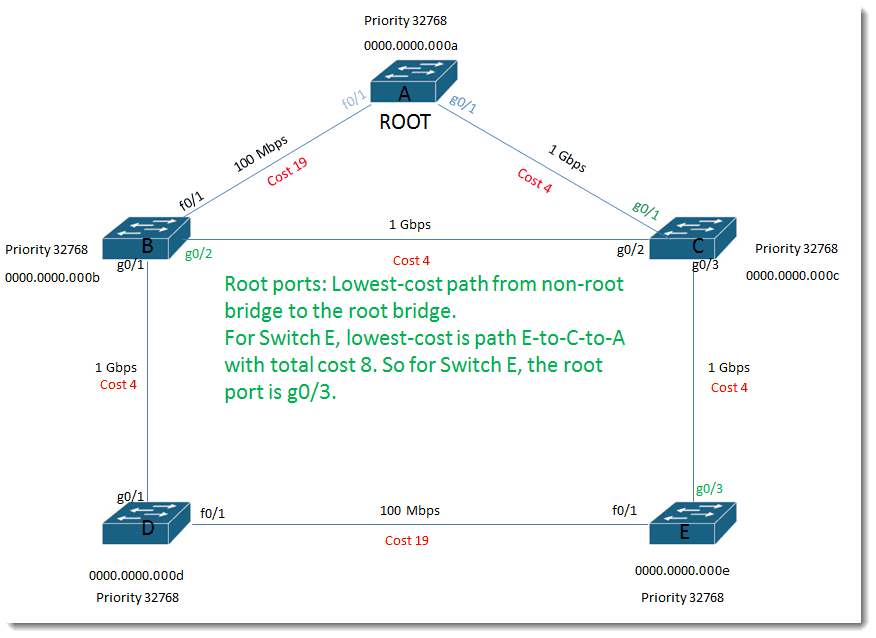 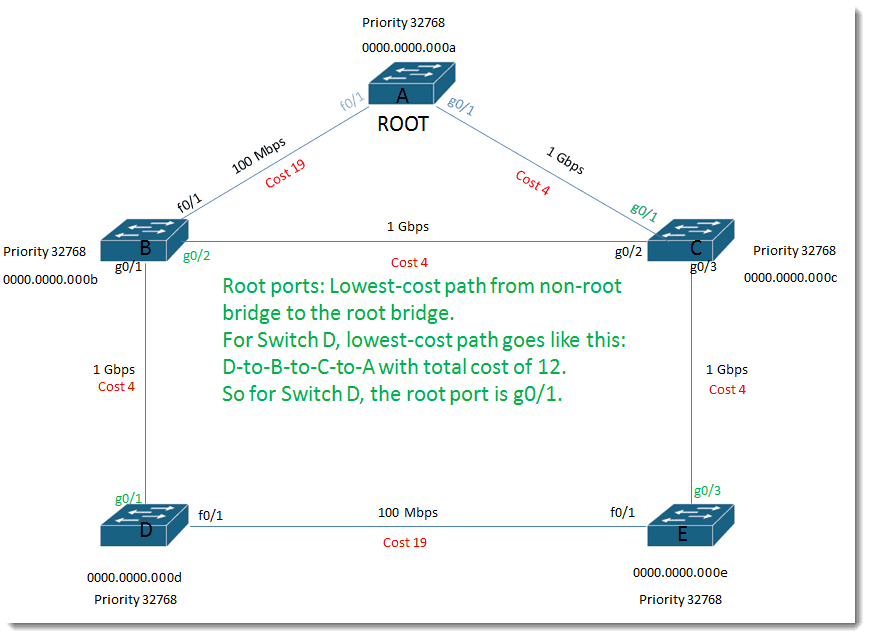 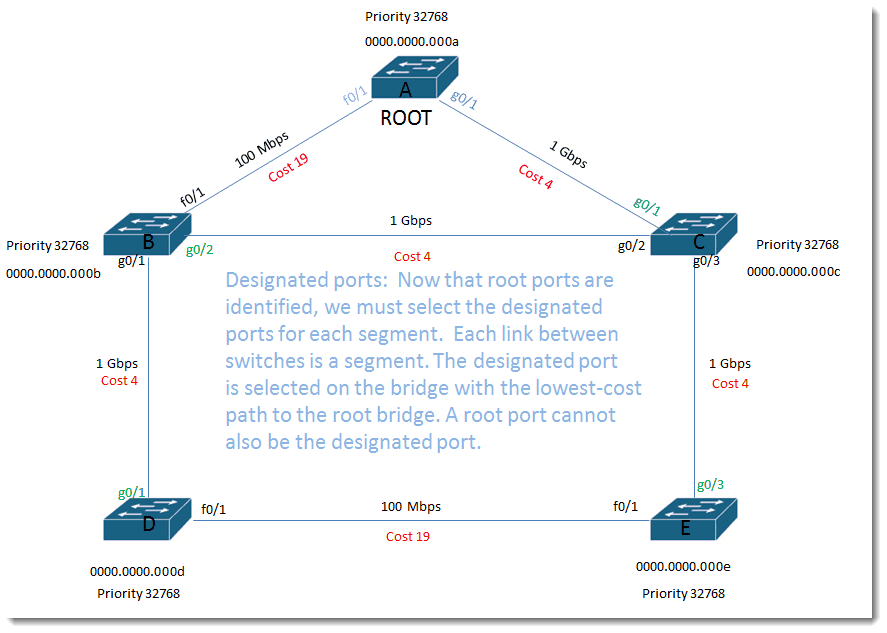 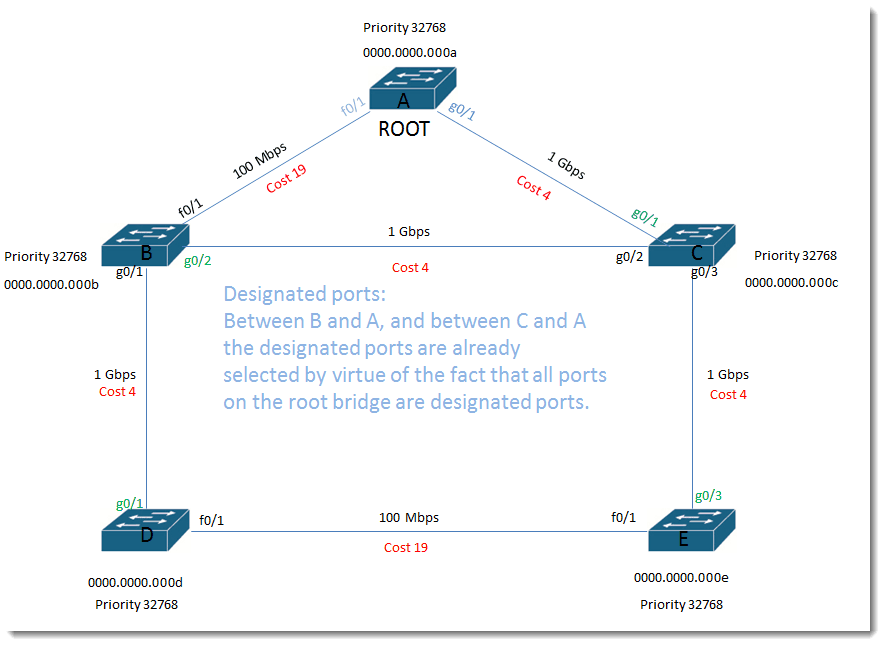 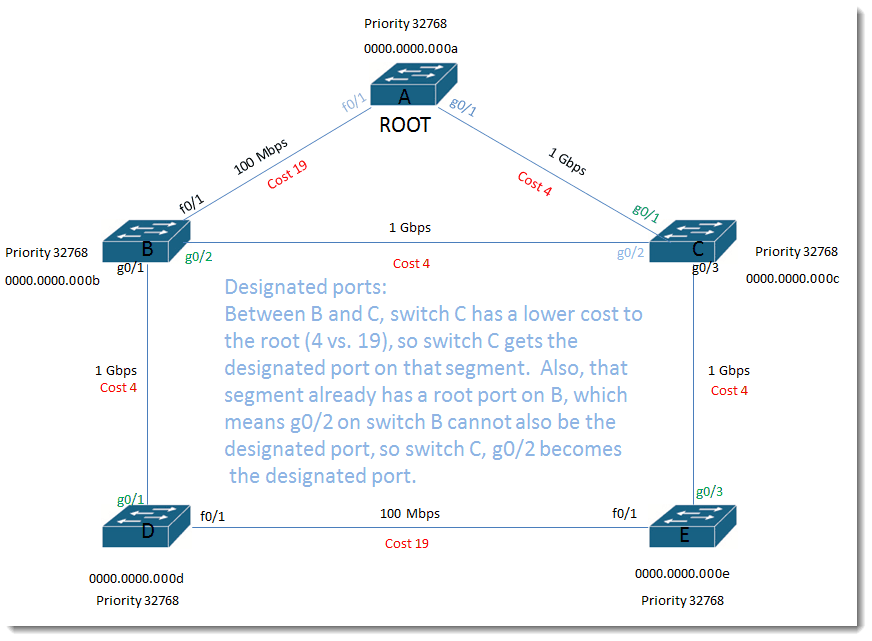 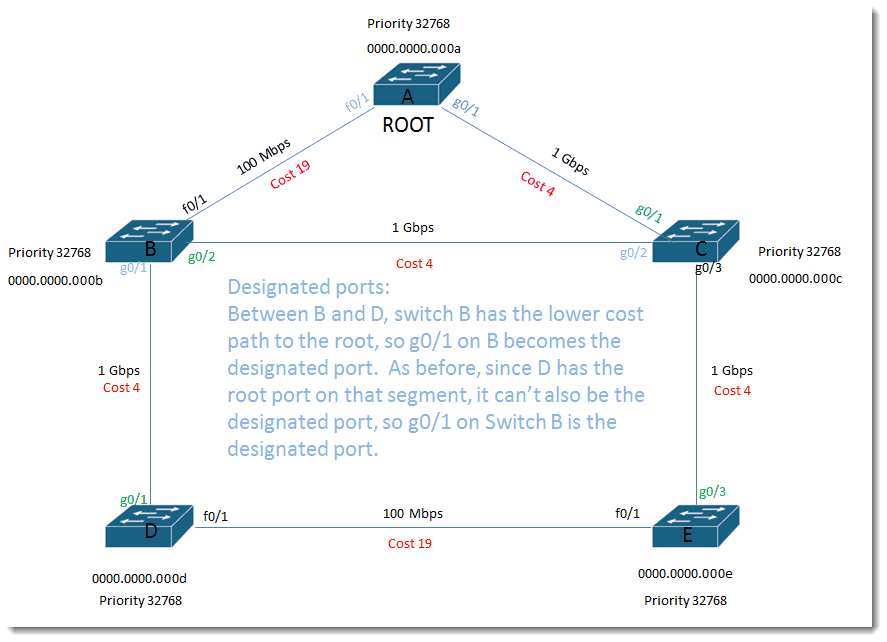 Between C and E, Switch C has the lower cost path to the root (and Switch E has the root port), so g0/3 on Switch C becomes the designated port on that segment. 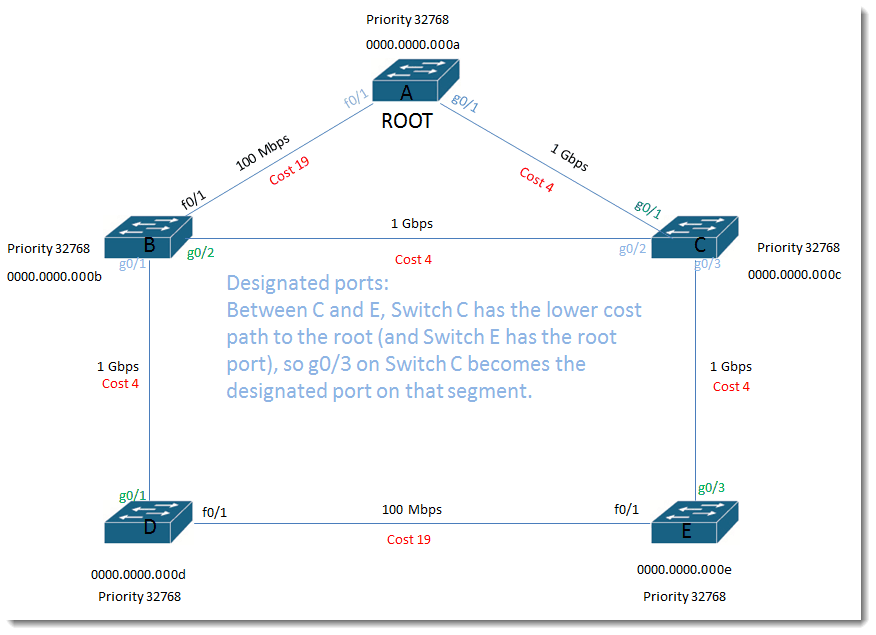 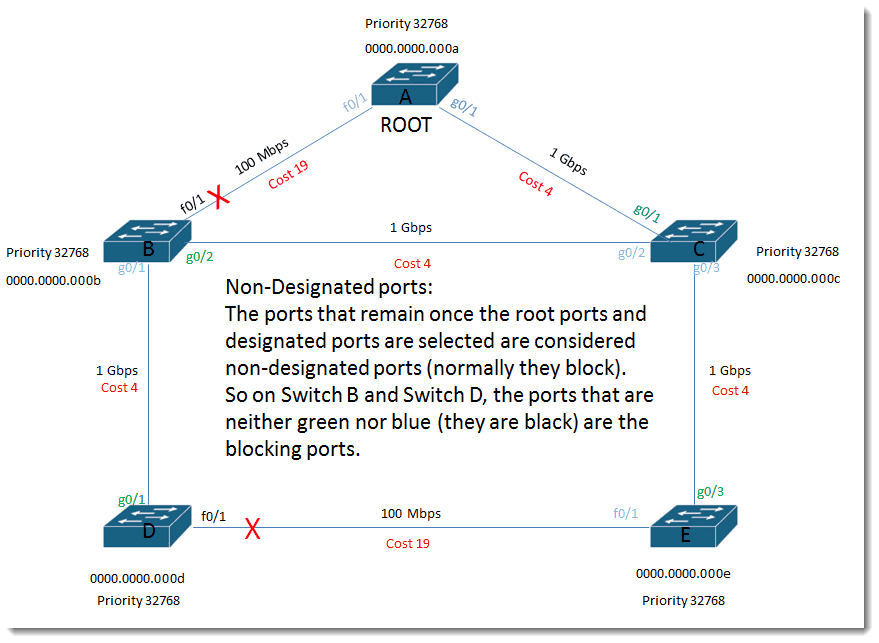 Notice two possible loops in this network diagram are the big rectangle and the triangle. Each potential loop has a block in place to prevent the loop from occurring. Thus spanning-tree has allowed for redundancy but prevented Layer 2 loops! 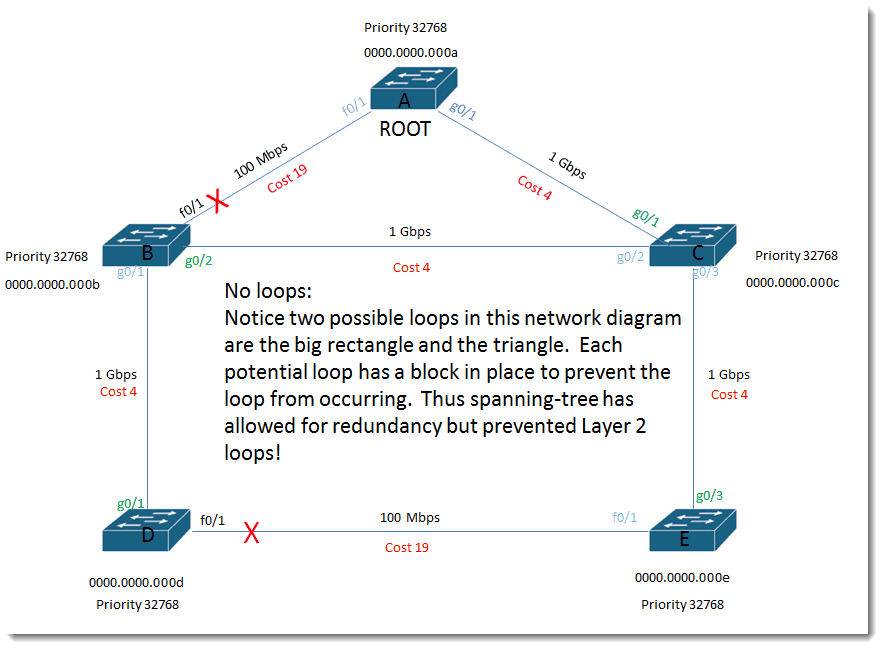 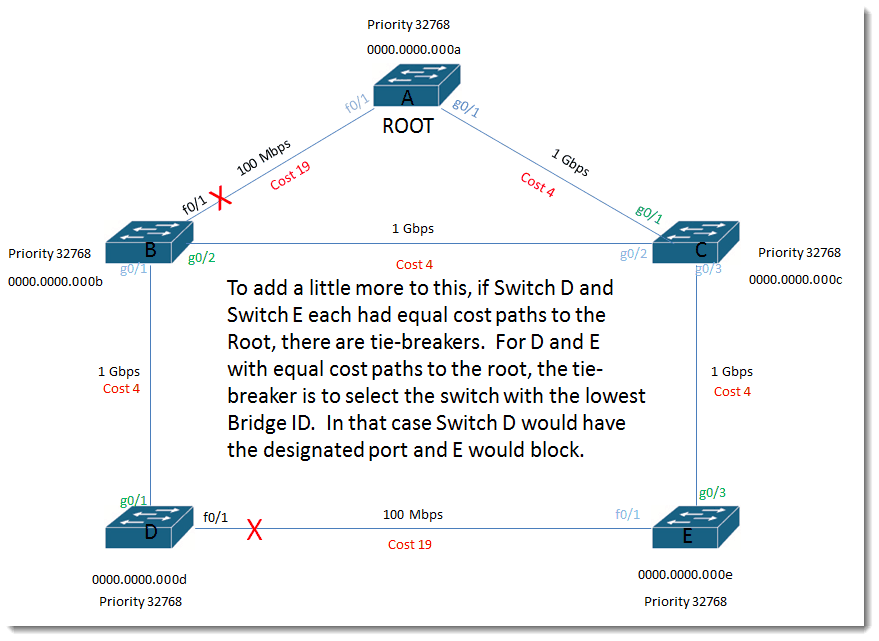 All other factors being the same: If Switch D and E had two links between them (not ether-channeled) and also had equal cost paths to the root, the tie would be broken based on lowest Bridge ID and then on port priority.

Even though it seems that Layer 2 access layer solutions are slowly being replaced by blazing fast Layer 3 solutions, it pays as a network admin to understand how spanning tree makes its decisions.

I hope you found value in this blog.

In this video, you will gain an understanding of Agile and Scrum Master Certification terminologies and concepts to help you make better decisions in your Project Management capabilities. Whether you’re a developer looking to obtain an Agile or Scrum Master Certification, or you’re a Project Manager/Product Owner who is attempting to get your product or … END_OF_DOCUMENT_TOKEN_TO_BE_REPLACED