One of the advantages of Hyper-V over Windows Virtual PC is expanded hardware support. 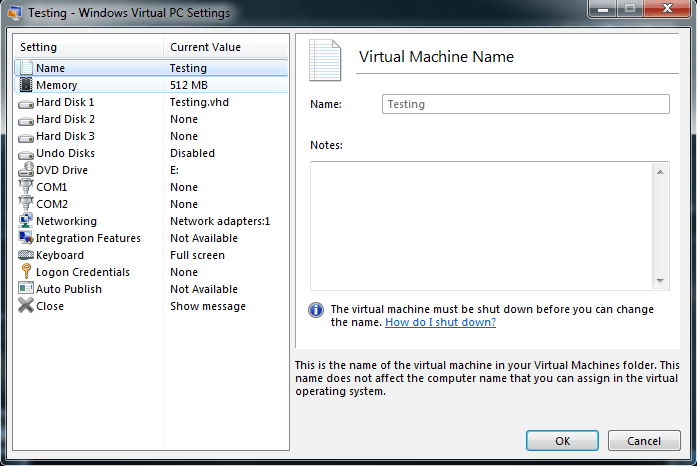 Since Windows Virtual PC and XP mode are important alternatives for supporting legacy applications and compatibility solutions, the use of floppy media is rather important. Perhaps more importantly, we regularly use Answer Files (unattend.xml and autounattend.xml) to support custom Windows 7 and Windows 8 installation. If you are designing, testing and managing Windows 7 installation sequences that utilize an Answer File, the use of a virtual floppy drive can become mandatory.

Ben Armstrong, at the time the Microsoft Hyper-V Program manager, provided a VBScript that enables you to support attached floppy (and other removable) disks: Using Floppy Disks with Windows Virtual PC. His related blog also contains links to downloadable scripts. Although dated (2009) the scripts still work with Windows Virtual PC on Windows 7 to support floppy drives. Ben also provided some PowerShell alternatives, although a more recent PowerShell solution exists (and is mentioned below)

Since Ben’s scripts are rather lengthy, a more simplified alternative, with example, is provided by WindowsItPro: How do I attach a floppy disk to a virtual machine (VM) with Windows Virtual PC?. Giving credit where it is due, this shortened approach appears to have been derived from a slightly more detailed Technet article: Floppy support gone in Windows Virtual PC?  that includes a release option. An alternate script option is also posted in the Technet Script Center: Attach a Virtual FD to specific Virtual Machine (for Windows Virtual PC).

Sven Groot, on his Ookii.org site posts three simple PowerShell scripts that enable you to Create, Attach and Release a virtual floppy from Windows 7 Virtual PC. Script downloads are also available: Floppy support in Windows Virtual PC 7.  (The site notes that you will have to enable unsigned PowerShell scripts to run in order to use them.)

Alternately, I have found that Oracle VM Virtual Box a free, Open Source Software solution will support floppy drives, and works well on Windows 7. VirtualBox does not support seamless desktop integration like Windows XP mode, though does provide an alternate virtual testing environment.

You should now have several viable options for integrating both virtual and physical floppy drives into your Windows 7 Virtual environment.

Video transcription Steve Fullmer: In our Windows training courses, we often share information about the Windows 8.1 Mobility Center. Mobility Center was introduced for mobile and laptop devices in Windows 7. It’s present and somewhat enhanced in Windows 8. Since we don’t have mobile devices in our classrooms, I decided to take a little bit … END_OF_DOCUMENT_TOKEN_TO_BE_REPLACED