First, I’m going to take a look at my distribution groups that I currently have by running Get-DistributionGroup.

You could see that I’ve got two groups Sales and Marketing. If I want to look at the members of those groups I can type Get-DistributionGroupMember sales and it gives me that list. 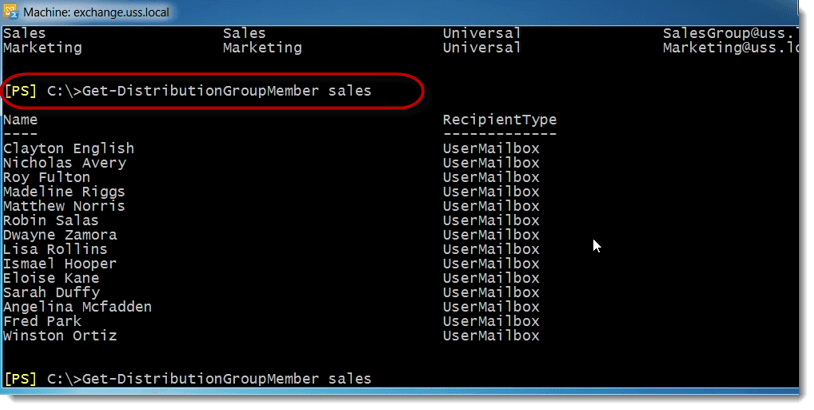 Or I could say give me everybody that is in marketing Get-DistributionGroupMember marketing and there’s that list. 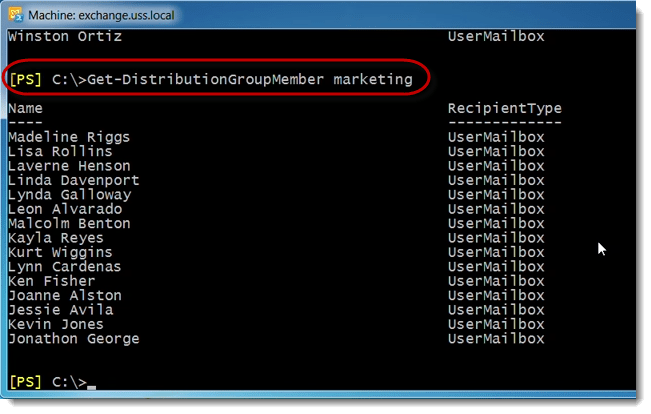 It seems like that would work but what you get back here after hitting enter is a list of users. 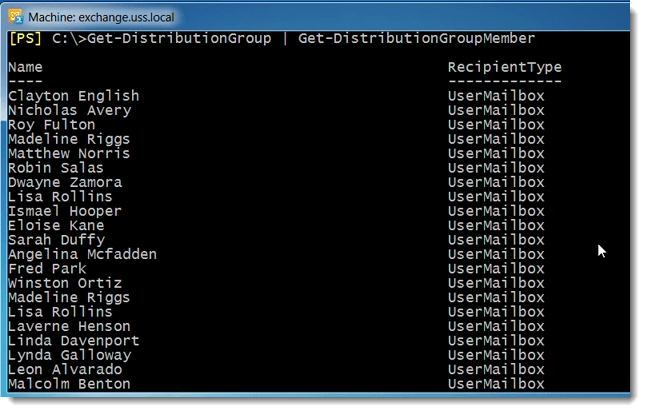 So what you got to do is loop through this and keep track of what group they’re in before you can export this as a report. This is going to require some scripting, there’s a couple of ways that you could tackle this particular issue. 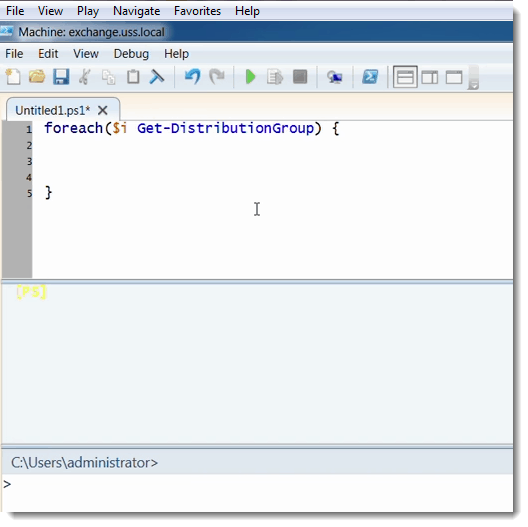 I want to do a select name and create a calculated or custom property specifying the group name. 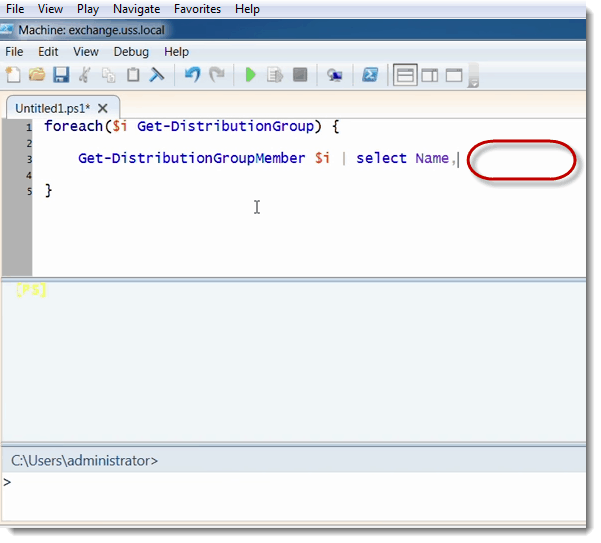 So I will get the name of the user and then I would create my custom property so I could type name = or I could just do (n) for an abbreviation and say member and my expression. I could abbreviate that as well so just a simple e={$i.Name}. 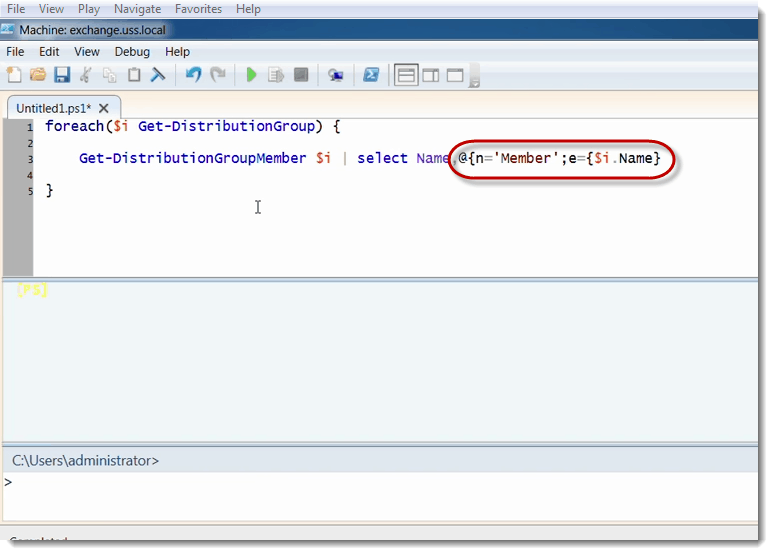 I’ll run this and then I notice that I’m missing a keyword here for each variable (in) your command. 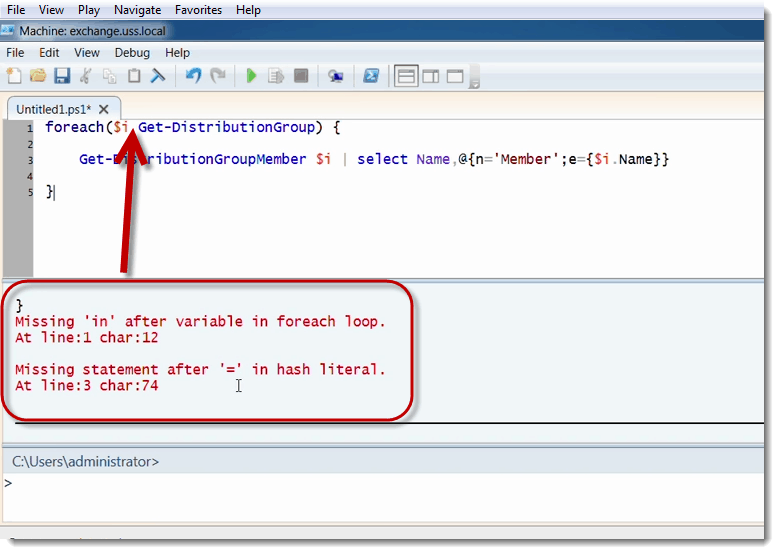 So let’s fix this and do that again. 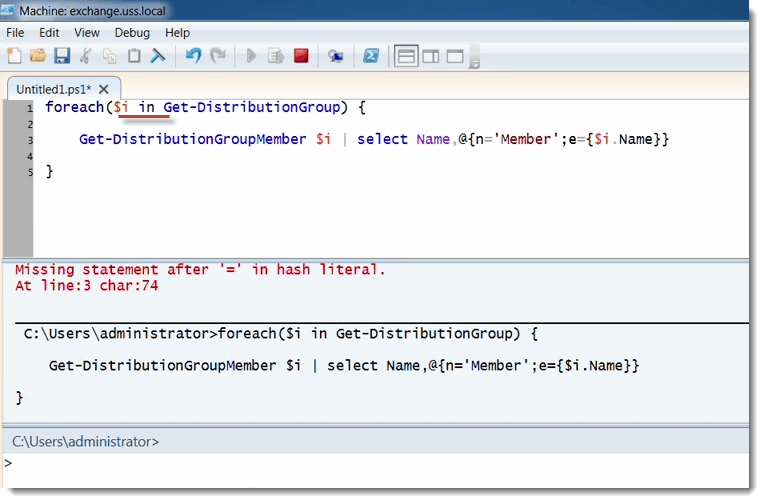 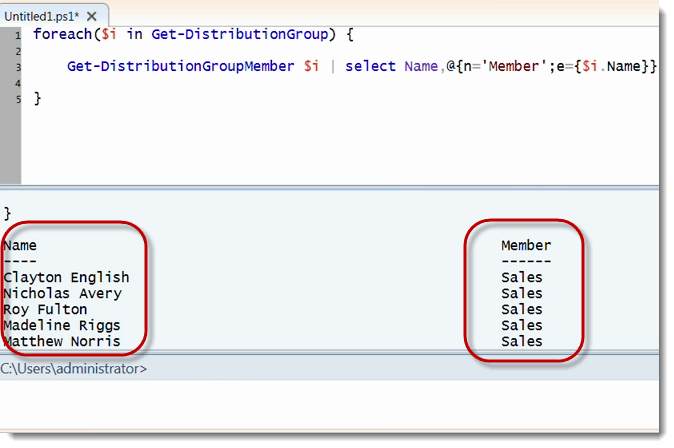 I could export this out to csv, but instead of doing an export from here, I would actually have to save this information because I’m using this loop. I’m not using the pipeline so I’ll say $groupmembers. Then once that report has been generated or that data has been gathered, I can pipe that out to a csv file with $groupmembers | Export-csv without any type information. 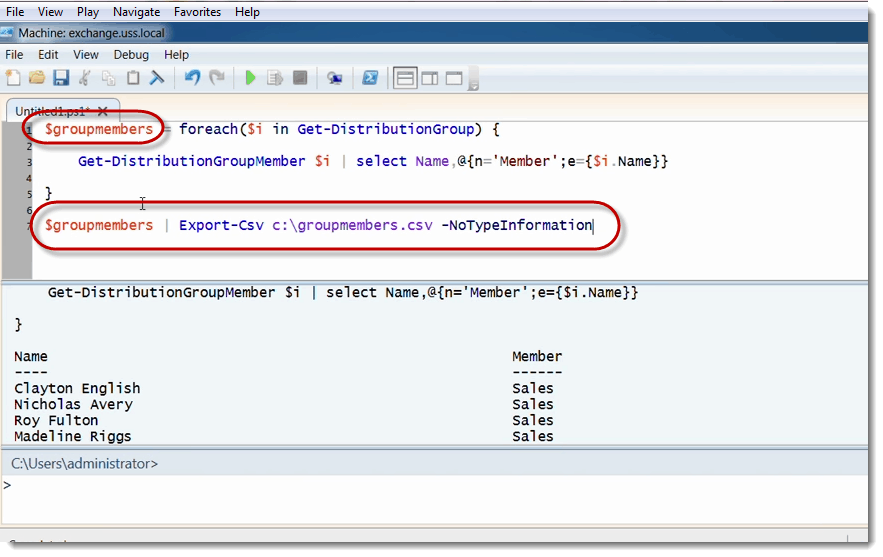 I run the report and after that complete second go ahead and open that file up in Excel.

The nice thing here with this is you can take advantage of Excel’s filtering capabilities. 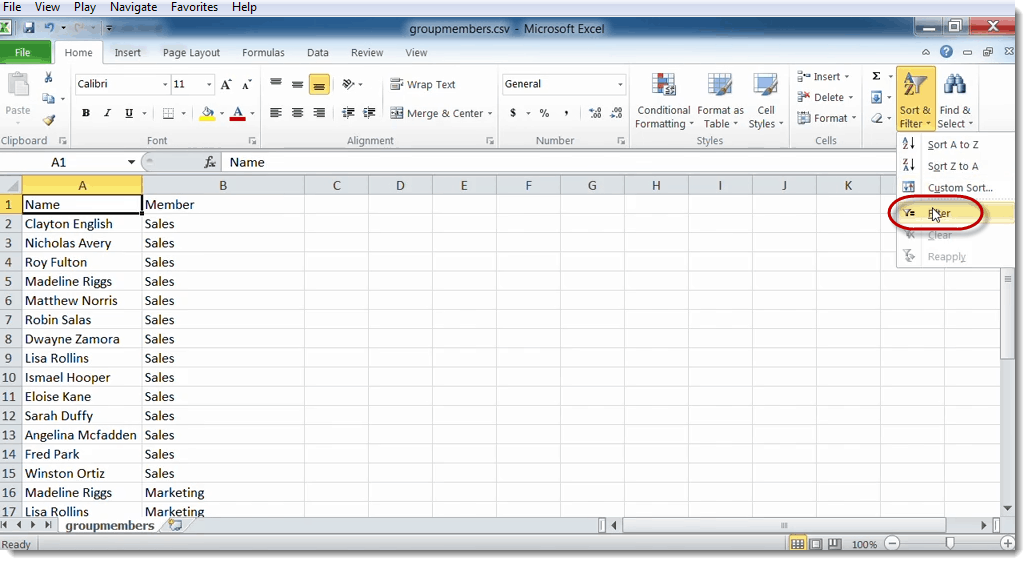 Now I can say let me just see everybody that’s inside Sales. 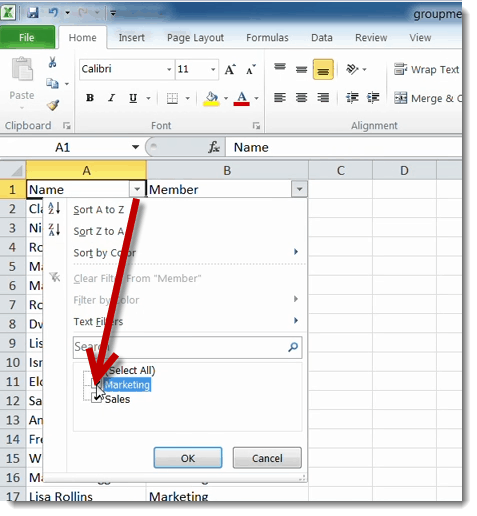 That customizes that list for me or I can filter on the other one. 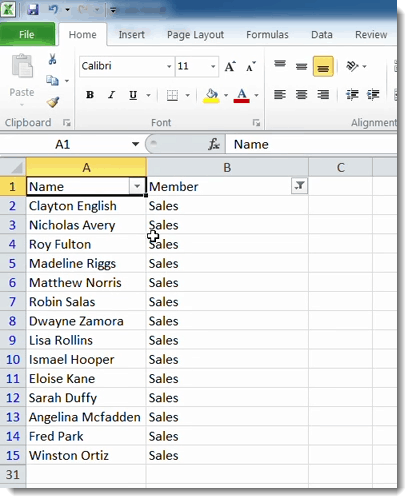 So if I have a large number of groups and a lot of group members, this is an easy way for me to dump this data into Excel and easily filter on it and get a bird’s eye view real quick of the information that’s out there.

Video transcription Steve Fullmer: In our Windows training courses, we often share information about the Windows 8.1 Mobility Center. Mobility Center was introduced for mobile and laptop devices in Windows 7. It’s present and somewhat enhanced in Windows 8. Since we don’t have mobile devices in our classrooms, I decided to take a little bit … END_OF_DOCUMENT_TOKEN_TO_BE_REPLACED