In this lesson, we’re going to be talking about the characteristics of the Internet protocol IP.

What is it? IP is a communications protocol whereby a host will have the ability to talk to another host, such as a computer sharing data with another computer.

IP is a communication protocol is within TCP/IP, the IP, is the Internet Protocol that squishes it together.

For a long time, there was only IP. We call it IPv4 now, but that’s just to distinguish it from IPv6.

The reason why we had to go other characteristics of IP, and if we focus on because there’s so few addresses versus how many people in the need, IPv6 was introduced to drastically increase the availability of IP addresses.

From the OSI Model, we have:

Packets, are Layer 3 of OSI packets break data down into smaller pieces.

For example, think of Internet Protocol like a steel ball that’s bouncing around inside a pinball game. The steel ball is lost if it doesn’t have a header and it’s payload or that which it carries.

We can see this information in Wireshark. 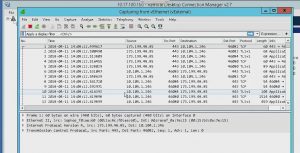 This is a capture that’s running, notice at the top of the window it states TCP.

Wireshark will allow you to peer into the bits of your network, notice it says Internet Protocol Version 4. 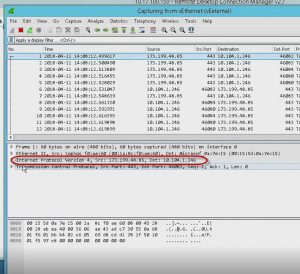 Header and Payload information – In the header we have source and destination.

If we start to expand this out, it provides a lot of information in here. What version is it, header length protocol. 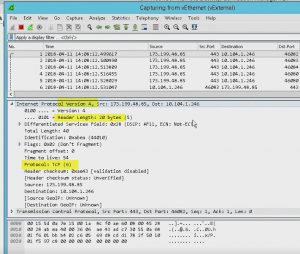 In this case, it’s TCP. If you have not investigated Wireshark, it is destined to be your best friend as a network admin because you can solve problems. Especially when that argument comes up, like the server team says it’s the network’s fault. The network team says it’s a server fault. You fire up Wireshark and look at information bit by bit, to know whether or not there’s an issue with the network or otherwise.

With TCP selected in Wireshark, we can drop down scroll down ‑‑ look at the level of detail that it can grab. 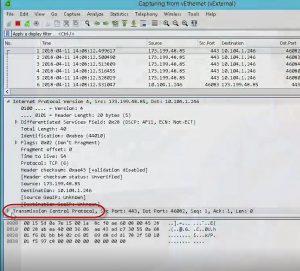 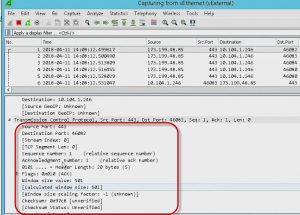 Wireshark is a free download so go ahead and test it out for yourself.

That serves as a good introduction. By no means, consider yourself a guru yet on the Internet Protocol, but at least we’ve dug into it a little bit more so than at the beginning.

Video transcription Steve Fullmer: In our Windows training courses, we often share information about the Windows 8.1 Mobility Center. Mobility Center was introduced for mobile and laptop devices in Windows 7. It’s present and somewhat enhanced in Windows 8. Since we don’t have mobile devices in our classrooms, I decided to take a little bit … END_OF_DOCUMENT_TOKEN_TO_BE_REPLACED