SATA vs SAS Cable Identification as found in CompTIA Certification

SATA vs SAS Cable Identification as found in CompTIA Certification

The CompTIA A+ 220-901 exam typically asks candidates to identify connectors, cables, and other system components using photographic exhibits. During a recent Windows 10 course one of our instructors was asked about the difference between a SATA and a SAS connector.  While the question is somewhat esoteric and unlikely to be found on the CompTIA exam, it is worthy of an explanation and perhaps a picture or two just in case you run into a SAS connector while supporting personal computer systems.

SATA stands for Serial Advanced Technology Adapter and is a connection type used for a wide array of personal computer devices. SATA is a form of Integrated Drive Electronics, which identifies the controller as being integrated with the device and requires only a simplified circuit on the motherboard.

You can find a historical description of SCSI, ATA, SATA, and SAS on Webopedia from which you can research further differences, although the details are less relevant to exam candidates.

SATA and SAS use full-duplex, switched serial, point-to-point connections. There is no need to manually assign device IDs or terminate connections as with the Parallel SCSI solution. Both SATA and SAS facilitate device hot plugging (although caution should be exercised to prevent static discharge).

Both SATA and SAS use the same pinout for data and power connections, although the connectors themselves are slightly different. The SATA connection requires two connectors, one for data and one for power. The SAS connection merges power and data into a single edge connected cable.

The seven pin SATA data cable terminates with an L-notched connector with which all CompTIA A+ candidates must be familiar. 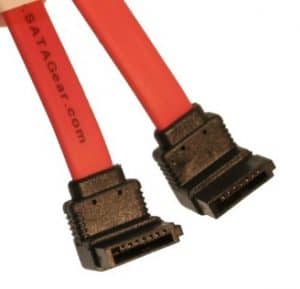 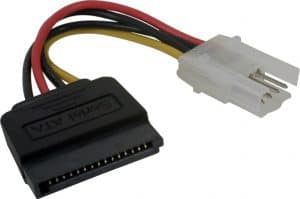 The SATA data and power cables may be installed independently or as a coupled connector (as shown). 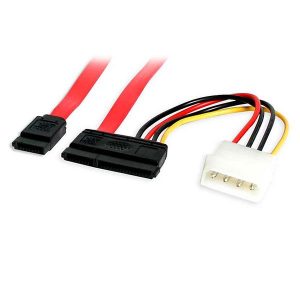 This latter configuration leads to confusion with the SAS connector, which looks similar to the joined SATA connector. An early SAS connector is shown below. 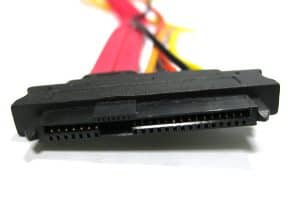 When viewed side by side, it is easier to tell the difference between as SAS and a SATA device. SAS on the left and SATA on the right. Note the single edge for the SAS connector, and the split between the SATA data and SATA power connections. 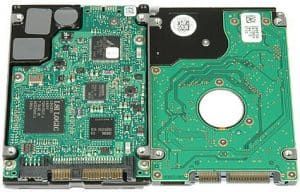 Although you may still find the single edge SAS cable in use, most SAS solutions are migrating to the mini-SAS connector and port, which looks quite different (as shown in the two images below). 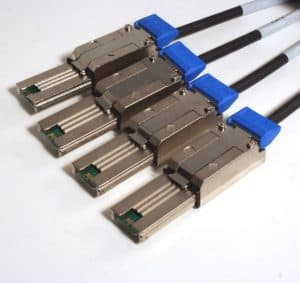 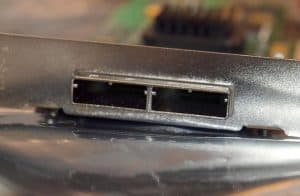 This content is from our CompTIA Network + Video Certification Training Course. Start training today! In this video, CompTIA Network + instructor Rick Trader demonstrates how to use cable testers in network environments. Let’s look at some tools that we can use to test our different cables in our environment. Cable Testers Properly Wired Connectivity … END_OF_DOCUMENT_TOKEN_TO_BE_REPLACED

Video transcription Steve Fullmer: In our Windows training courses, we often share information about the Windows 8.1 Mobility Center. Mobility Center was introduced for mobile and laptop devices in Windows 7. It’s present and somewhat enhanced in Windows 8. Since we don’t have mobile devices in our classrooms, I decided to take a little bit … END_OF_DOCUMENT_TOKEN_TO_BE_REPLACED