In a previous blog I discussed configuring HSRP in an IPv4 network. With the unrelenting advance of IPv6 into today’s networks, I thought I would re-examine this topic in such an environment. Figure 1 shows the topology I will be using for this blog: 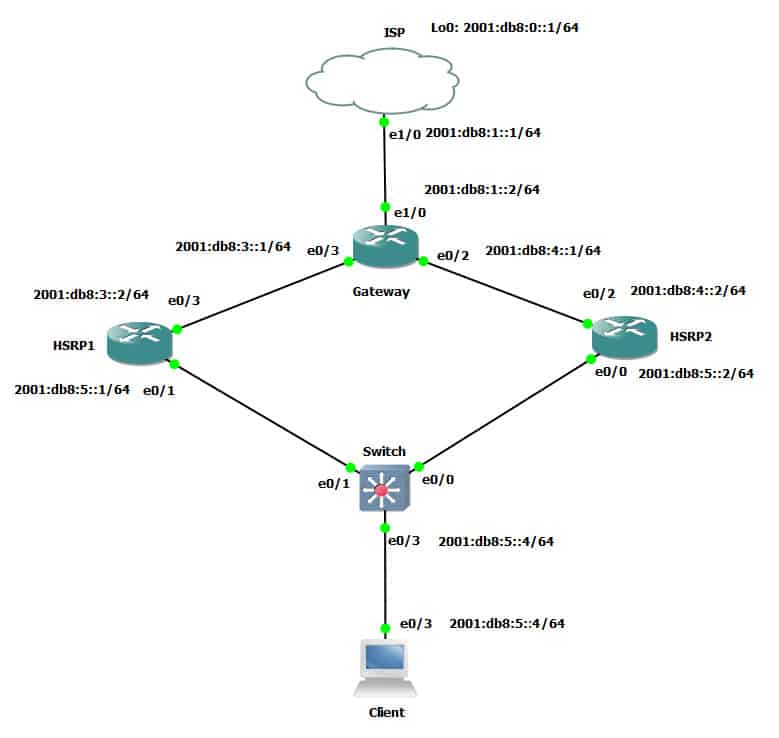 I am accomplishing all connectivity in this environment with static IPv6 routing. The IPv6 addresses used are also shown in figure 1. I configured HSRP1 and HSRP2 to be paired in an HSRP group, and I used the priority command to ensure that HSRP1 is the active router. The relevant configs for those two routers are shown in figure 2:

A couple of things of note. I only set the timers on the active router. I easily could have duplicated that portion of the config on HSRP2, but it serves to demonstrate that the non-active router in the HSRP pairing will hear and adopt the timer values advertised by the active router. I also allowed autoconfig to determine the virtual IPv6 address that will be used. Since I don’t have a requirement to statically set this value, and all that matters is that it functions, allowing it to be determined automatically works just fine.

First, let’s verify that HSRP2 has learned the timer values in spite of the fact that they are not explicitly configured.

There they are, the matching timers values that ARE explicitly configured on HSRP1. Now let’s verify that the Client box (a Cisco router in disguise) can reach the far side of the network – the Loopback IPV6 address configured on ISP:

So we can see that there is IPv6 connectivity to the far side, and I even did a trace to verify the path. Currently, the Client machine’s path has a first hop of HSRP1, which is what we would expect. Now I will send 10,000 pings from the Client machine while observing HSRP1 and HSRP2 to verify that the standby configuration is correctly failing over, while also noting how many pings I lose. 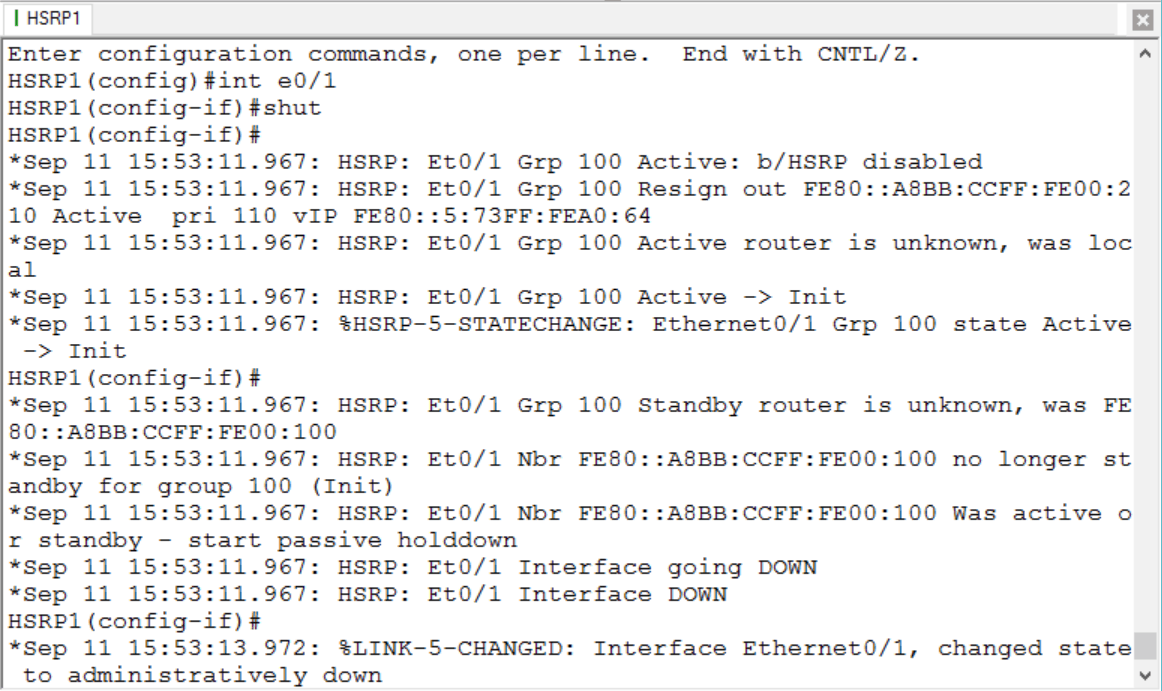 As I am fond of saying, if you are confident in your IPv4 networking skills, then you are already skilled at IPv6 configuration and troubleshooting – you may just not realize it yet.

If you have any comments or questions, please feel free to post them….