Home > Blogs > Cisco > What Happens when there are duplicate MAC Addresses. How many MAC Addresses can a Switch learn?

This post is from our Cisco CCNA Training Course.

Instructor Mark Jacob was presenting a Q&A Session in our ICND1 CCNA class and answered a question regarding MAC Addresses and when they get associated to devices.

What issues arise if there are duplicate MAC addresses?

How do I do that? I use the ARP process. I say, “Who’s the IP address that has this MAC address?” They reply back to me, and all is well.

However, what if the MAC address that that other endpoint has is exactly the same as mine?

I’m going to have a problem in the fact that I feel like I’m talking to myself.

I have a topology here if I can bring it live ‑‑ let’s say that I have two IP endpoints and you’ll notice that they are both plugged in to a switch. 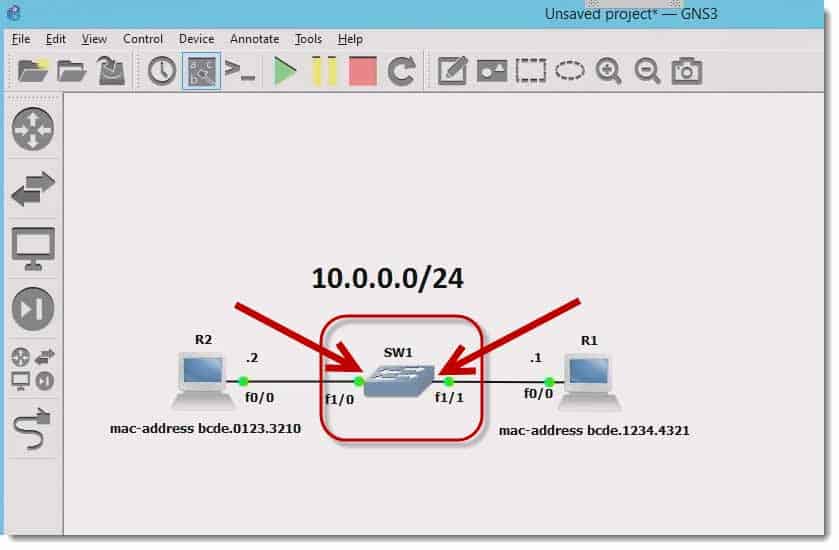 It turns out if one of these computers try’s to perform an ARP process to determine the MAC address of the far side, that machine will answer. But we have an intervening network device here. It’s a  Layer 2 Switch.

The Layer 2 switch passively learns MAC addresses by listening. It will have learned the MAC addresses of these two endpoints. If by some chance both of these machines claim to have duplicate MAC addresses, the switch will not know what to do with that traffic.

In fact, if I added a router to this picture. Let’s say these two people were users, and they were working for a company, and needed to browse for the Internet, as soon as both machines were live and claiming to have the same MAC address, they would have an issue.

How far reaching is the MAC address? That is, when does it cease to have network meaning? 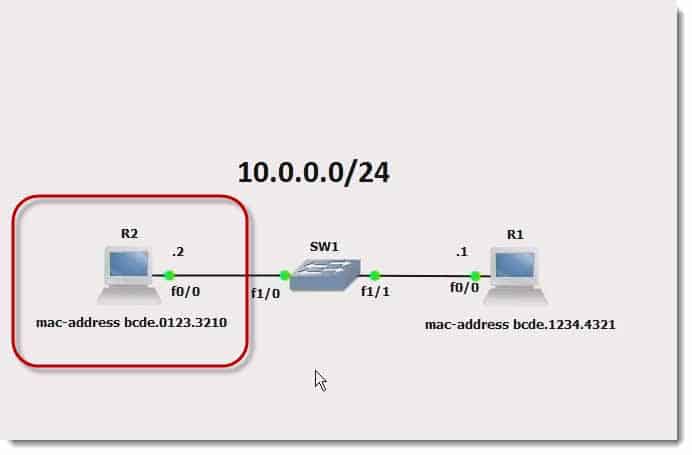 If the PC on the left in this picture is in a different network, or let’s say VLAN, from the PC on the right, it’s not as consequential, although the real problem here is they’re on the same switch. That is the extent of the network.

And if there’s a packet flying through this network.

This packet is flying through the network. These are like hops. That’s the actual word for it, but I imagine it like stones as you’re walking across a stream.

Make sure you step on the stones. I can only step as far as to the next stone.

You can imagine, in fact let’s give a source here, here’s somebody in their house trying to browse Google.

It turns out that whoever’s sitting here in their little house, and they’re typing Google.com, they go to their edge device, then it starts the path across to Google.

It turns out if you follow this, the source of this information (SIP) is that guy in his house. The Destination IP (DIP) is always Google. That never changes. All the way along this hop, by hop, by hop process, the MAC addresses, they do change.

There’s our packet moving. It stops the source MAC address as it stops right there, because it’s going to the right, is that interface.

Bottom line answer, how far reaching is a MAC address, is it only matters at Layer 2. You can ask it this way, “Does the Google server have a MAC address?” Sure. Will the guy sitting here in this house ever learn the MAC address of Google’s server? No, neither does he care. It’s some Layer 2 area that he’s not connected to, so it’s inconsequential to him.

How Many MAC Addresses can be learned by a Switch?

Quick answer is, that depends on how much money you spent when you bought the thing, because higher‑end switches can support more and learn more MAC addresses.

I have a live piece of equipment here,  Switch 1. 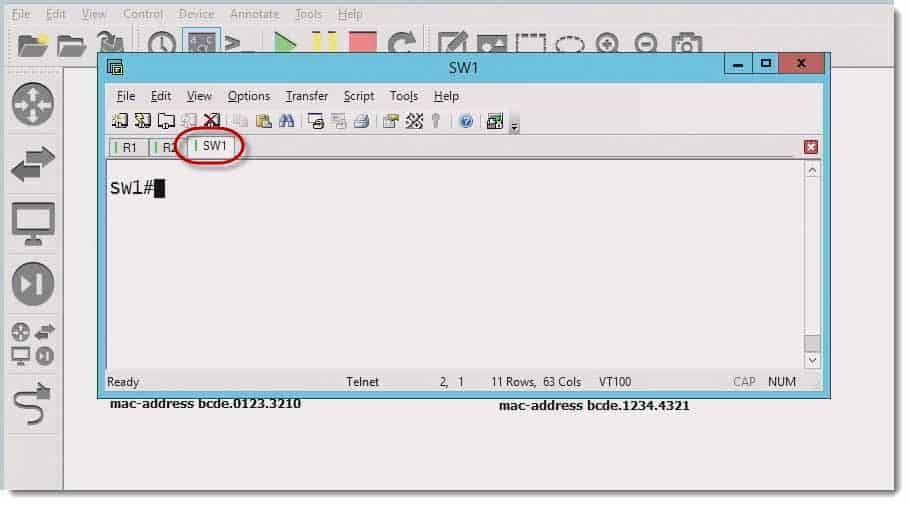 Again, depending on whatever hardware you’re using, that number could go up, could go down, but that’s hardware dependent. There’s no set number that a switch has to be able to support.

The idea there is ‑‑ and in fact, I do demonstrations like this when I do a live class ‑‑ is if you overrun or exceed the ability of the switch to learn more MAC addresses, you essentially turn it into a hub. Take a nice expensive switch and tell it, “Hey, just send everything out of every port.” which can be a security risk.