One of the issues we have had in the past with checkpoint (previously known as snapshots) is some production applications did not support checkpoints. If a virtual machine was rolled back in time to a previous checkpoint there was a possibility of loss of or corruption of data. In Windows 10 and Windows Server 2016 a Hyper-V administrator now has the ability to choose between standard or production checkpoints. Let me explain the difference.

Production Checkpoints: when a checkpoint is created it uses the Volume Shadow Service (VSS) to capture the virtual machine similar to a backup. Memory and hardware configuration are not captured.

The current Hyper-V configuration on the Win 10 VM does not support Production checkpoints. It has to be updated to at least version 6.2.

I have updated the configuration version to 7.0 (running Win 10 Hyper-V)

How to enable Production Checkpoints. 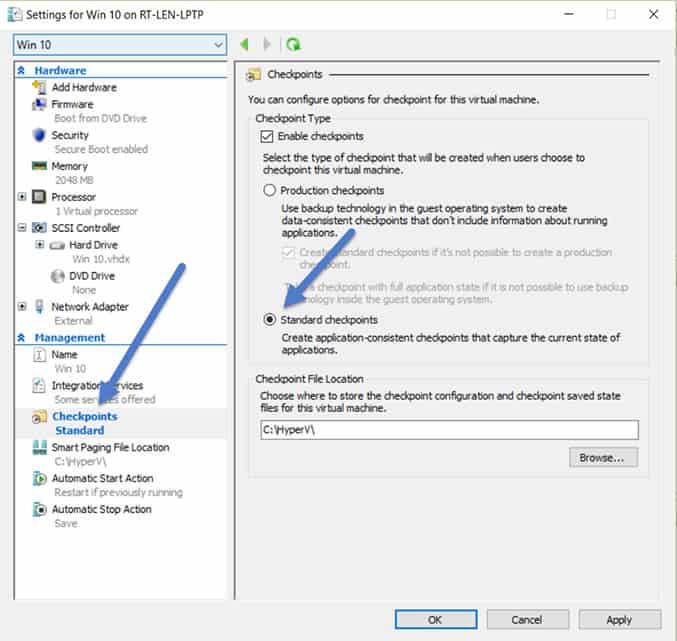 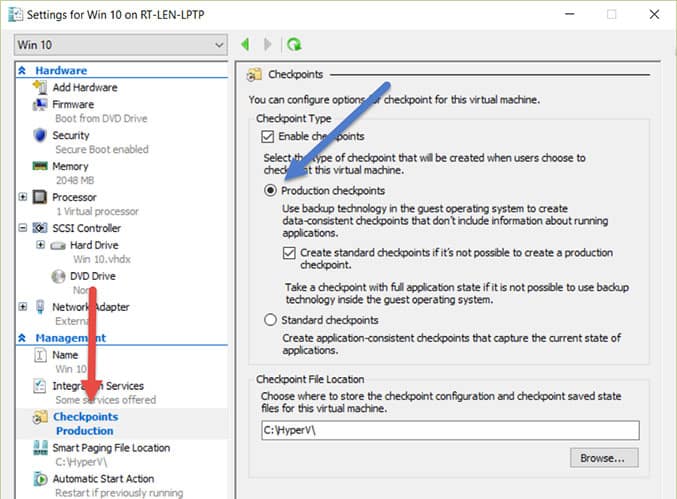 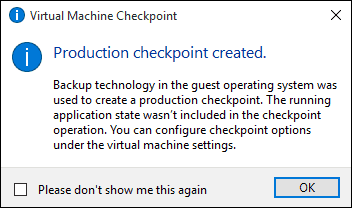 Until next time – Ride Safe!

In this video, you will gain an understanding of Agile and Scrum Master Certification terminologies and concepts to help you make better decisions in your Project Management capabilities. Whether you’re a developer looking to obtain an Agile or Scrum Master Certification, or you’re a Project Manager/Product Owner who is attempting to get your product or … END_OF_DOCUMENT_TOKEN_TO_BE_REPLACED