In the below example Windows 7 will be installed and I will install Windows Server 2008 R2 onto a VHD.

Restart your computer from the Windows Server 2008 R2 DVD.

Instead of clicking next and proceeding with the installation, press Shift + F10. 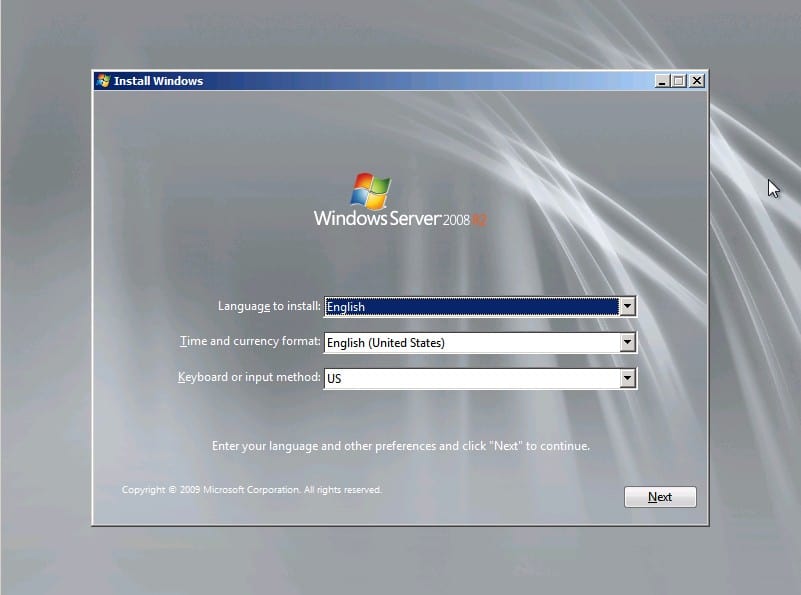 Pressing Shift + F10 will cause the setup program will launch a command prompt. 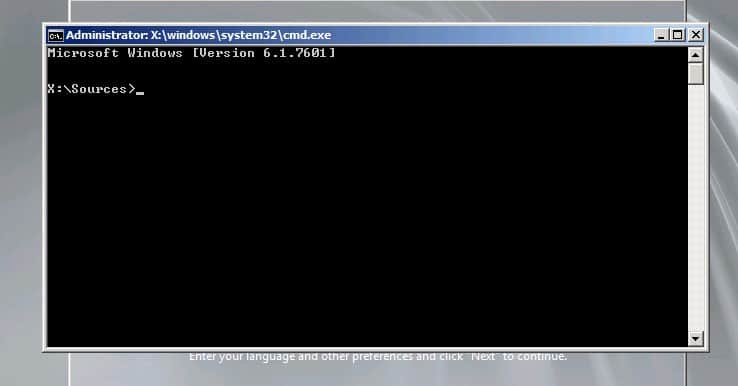 I will use the Diskpart.exe utility to create a virtual disk (*.vhd) to install the Windows Server 2008 R2 operating system into.

Note: When booting from a *.VHD file ensure there is enough space to expand the file onto the existing partition. 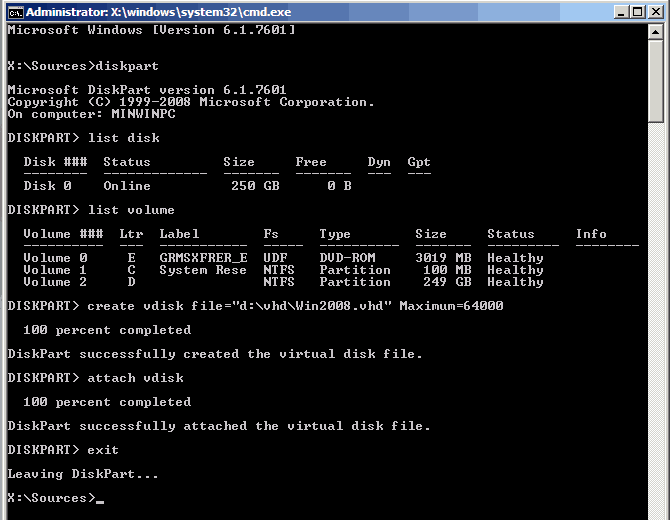 Type “exit” twice to exit the Diskpart and command prompt screens to enter back into the setup program.

Select “Next” to continue the installation of Windows Server 2008 R2 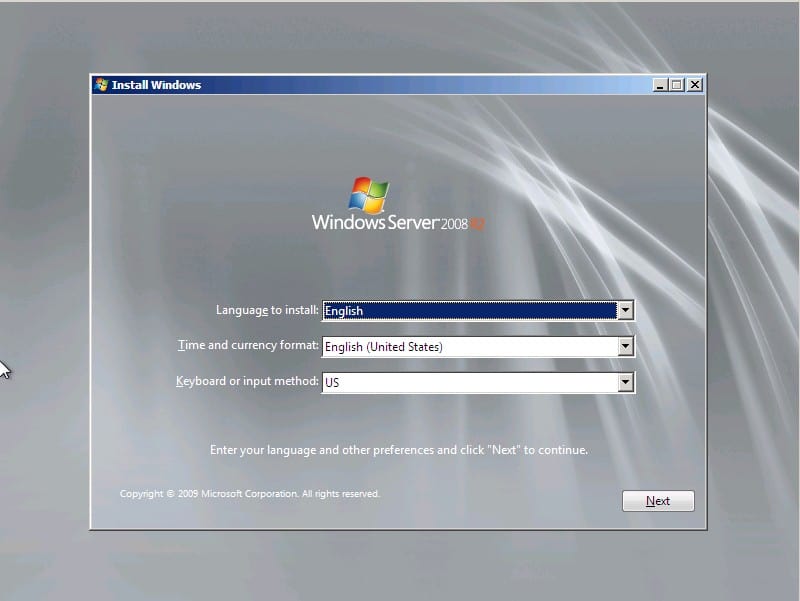 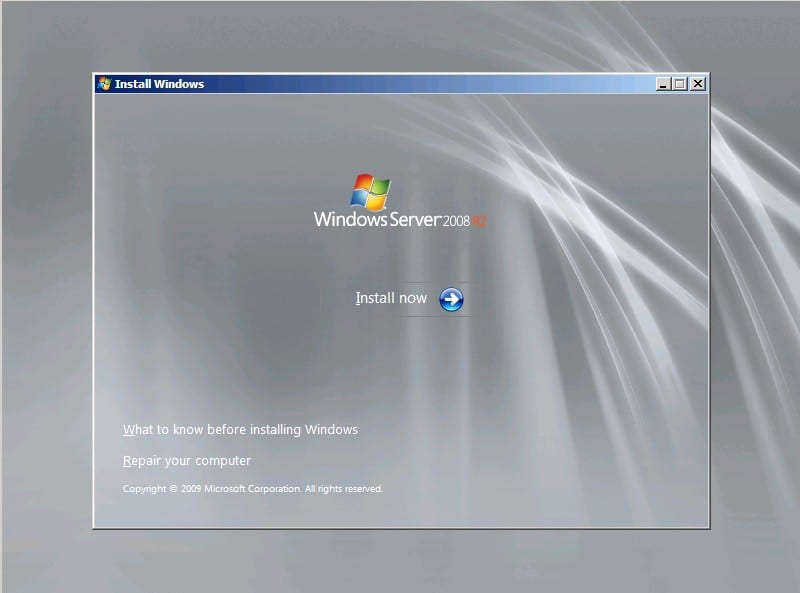 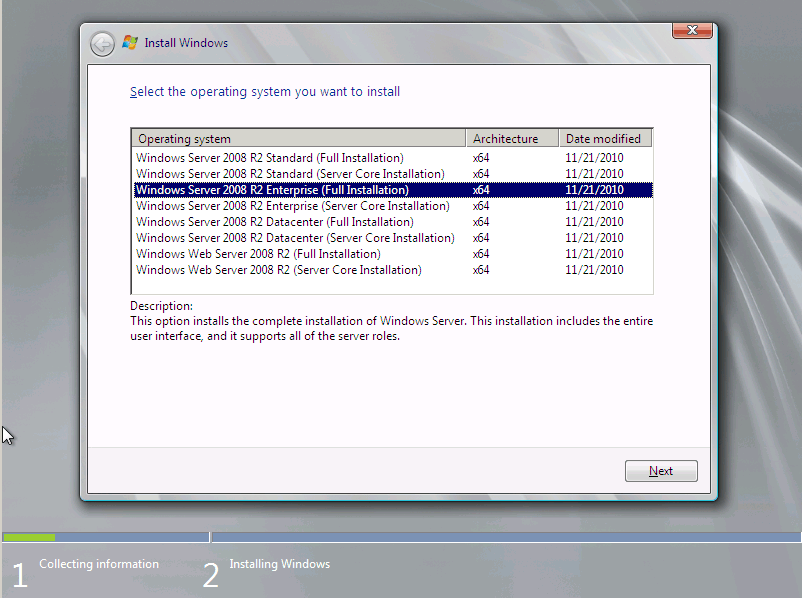 Accept the License agreement, select “Next”. 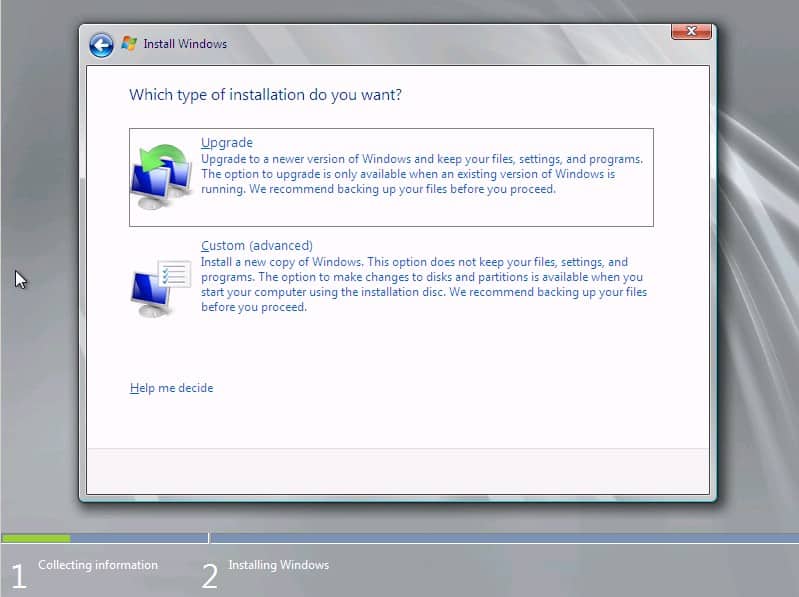 In this demo Disk 1 Unallocated Space is the virtual disk that has been mounted. Select Disk 1, to partition and format the disk, then select “Drive options (advanced)”. In this demo I will be using the entire disk for the installation.

The operating system will be installed and will be listed in the Operating System Menu screen.

Next time we will walk through adding a preconfigure VHD to the Operating System Menu screen.

Until next time, ride safe!

For more information, see the following posts in this series of posts on manipulating the Windows 7 Boot Configuration Database (BCD).

This content is from our CompTIA Network + Video Certification Training Course. Start training today! In this video, CompTIA Network + instructor Rick Trader demonstrates how to use cable testers in network environments. Let’s look at some tools that we can use to test our different cables in our environment. Cable Testers Properly Wired Connectivity … END_OF_DOCUMENT_TOKEN_TO_BE_REPLACED

In this video, you will gain an understanding of Agile and Scrum Master Certification terminologies and concepts to help you make better decisions in your Project Management capabilities. Whether you’re a developer looking to obtain an Agile or Scrum Master Certification, or you’re a Project Manager/Product Owner who is attempting to get your product or … END_OF_DOCUMENT_TOKEN_TO_BE_REPLACED