Windows Deployment Services (WDS) PowerShell CMDLETS have long been awaited for and they have arrived in Windows Server 2012 R2 with PowerShell 4.0.

Windows PowerShell is a tasked based command line shell consisting of a verb-noun syntax.  PowerShell is also a scripting language designed to assist administrators in automating tasks.  There are 33 new CMDLETs specifically for WDS.

The WDS manifest will not be available to import or use until after you install the WDS role. To view the available manifests that can be imported launch PowerShell and type get-module –listavailable.

Notice the WDS manifest is not available? 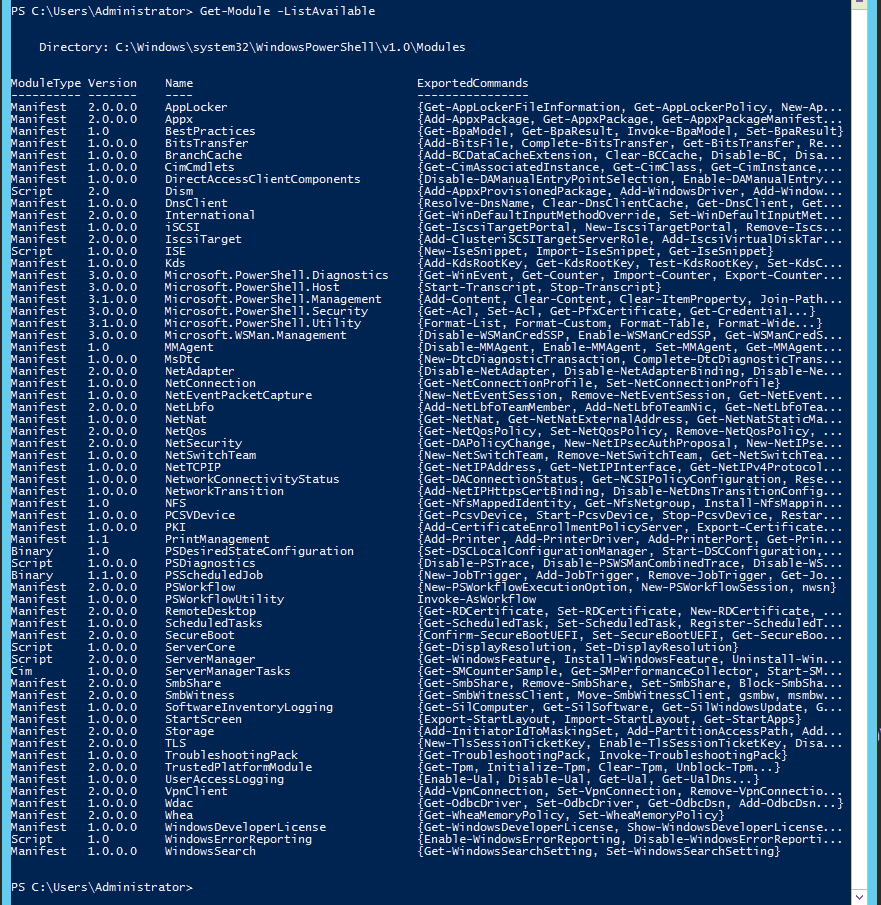 The new inline feature PowerShell does not require you import the manifest for use. To view just the cmdlets for WDS, type Get-Command –Module WDS.

If you wanted to get the count of the number of WDS cmdlets available, type
Get-Command –Module WDS| measure.

To get additional information on how to use the Import-wdsbootimage cmdlet type one of the following;

Now it is time to get busy and get some WDS images created and deployed.

Video transcription Steve Fullmer: In our Windows training courses, we often share information about the Windows 8.1 Mobility Center. Mobility Center was introduced for mobile and laptop devices in Windows 7. It’s present and somewhat enhanced in Windows 8. Since we don’t have mobile devices in our classrooms, I decided to take a little bit … END_OF_DOCUMENT_TOKEN_TO_BE_REPLACED