This nearly-constant update rhythm is great for penetration testers. Kali will now have the very latest builds of essential tools like Metasploit, Kismet, and aircrack-ng. It will also get Debian Linux updates more frequently to support newer hardware and integrate bugfixes.

There’s always a downside though. Here, the downside is that you need to update Kali more often. As an example, I installed Kali yesterday and immediately ran apt-get update and apt-get dist-upgrade to update the installed components. That’s to be expected, the installation ISO was built weeks ago. What I did not expect was that this morning I also checked for updates. After only one day, here’s what I see: 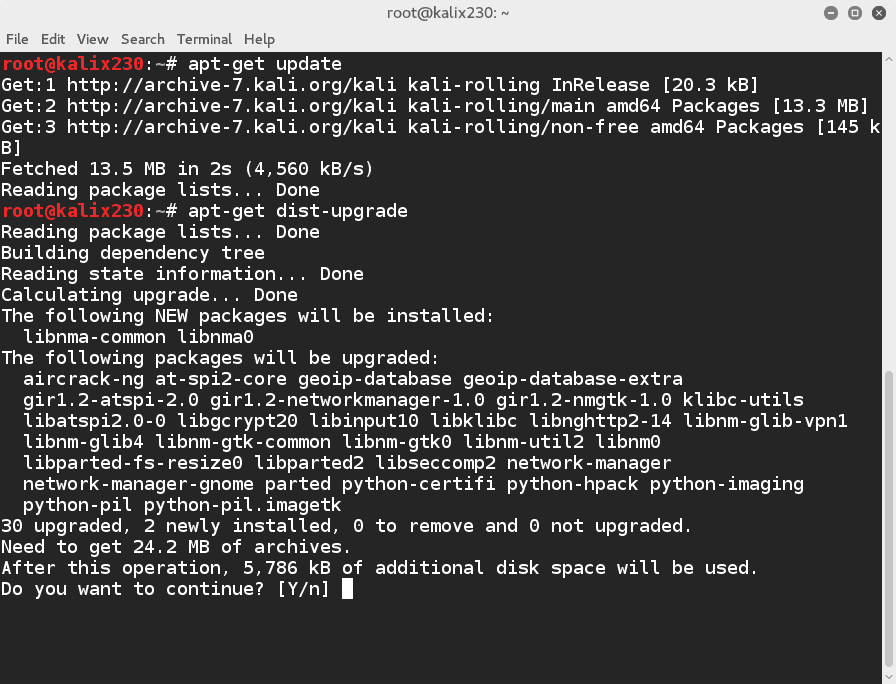 So in less than 24 hours with the default Kali Linux installation I went from fully up-to-date to needing 32 packages.

The benefits of frequent updates outweigh the drawbacks. But you need to ensure that you regularly update Kali. Otherwise you’re missing out on this amazing benefit.

This content is from our CompTIA Network + Video Certification Training Course. Start training today! In this video, CompTIA Network + instructor Rick Trader demonstrates how to use cable testers in network environments. Let’s look at some tools that we can use to test our different cables in our environment. Cable Testers Properly Wired Connectivity … END_OF_DOCUMENT_TOKEN_TO_BE_REPLACED

In this video, you will gain an understanding of Agile and Scrum Master Certification terminologies and concepts to help you make better decisions in your Project Management capabilities. Whether you’re a developer looking to obtain an Agile or Scrum Master Certification, or you’re a Project Manager/Product Owner who is attempting to get your product or … END_OF_DOCUMENT_TOKEN_TO_BE_REPLACED